I love it when a plan doesn't quite come together, sometimes. Kenny and Stephanie and I had planned on joining in on a waterskiing trip nearby ALT Derek had put together for Saturday, when...

... the weather intervened. Fortunately, it didn't take long to put a backup plan together: 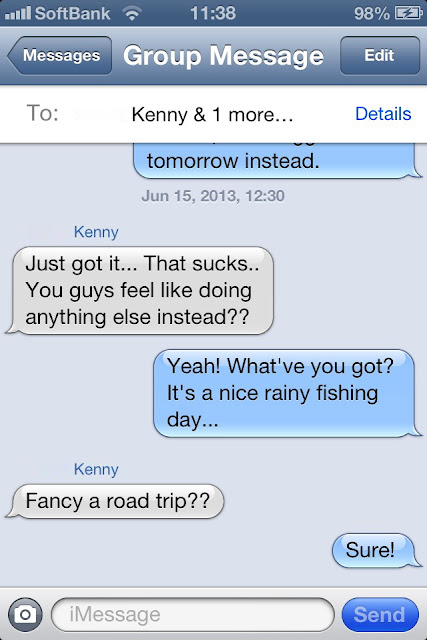 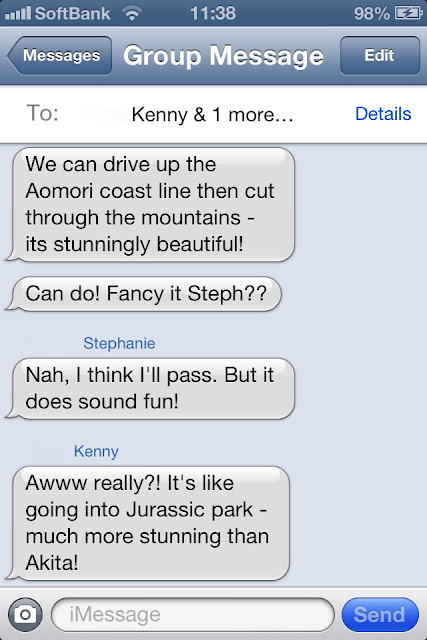 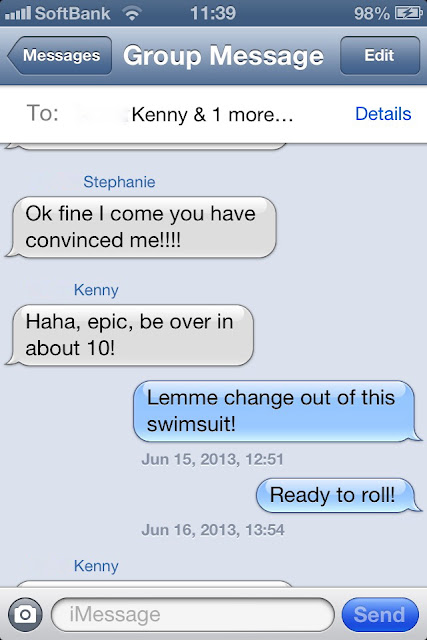 And so, rain or no, up the coast we sped, in search of interest-- Kenny, his girlfriend Fumie, Stephanie, and me. 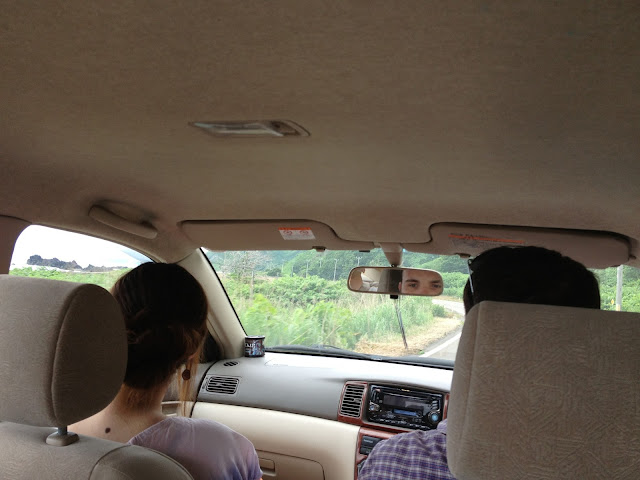 We spun past Noshiro and Happō-cho on the western coast, another pocket of familiar territory from my time at AIU. I easily picked out the training center where I stayed with the Aikido Club, a roadside stand where I had sweet-potato flavored soft-serve, and the turnoff to the shrine where we trained, kung-fu movie training montage style, under an ice-cold waterfall (and, amazingly, forgot completely to blog!):


Just over the border into Aomori, Fumie nudged Kenny. <Oh, that's the turnoff for Juniko! Have you been there, Kenny? I went there with my school once-- it's really pretty!>  "A what, love? Lakes? (1) OK!" Good enough for us all. We turned off the main highway and up a windy mountain road, huge beeches and cryptomeria whipping past as Kenny, for whom the best part of a "road trip" was clearly the speedy driving, did his best to fling his mild-mannered Camry through the curves.

<Stop here! It's not too much further to Aoike! It's the prettiest one.> said Fumie. We pulled over, hopped out and started up the road. 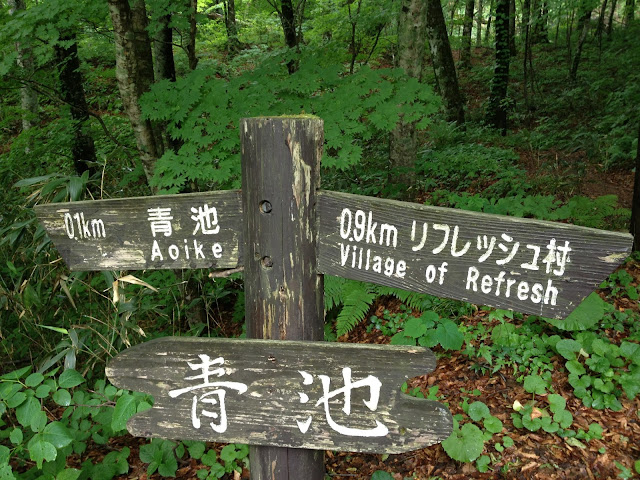 <Hmm, I'm not sure this is where we stopped when I came with the school-- we parked up further over here, I think...> Fumie said as we walked uphill from the car. <Well, the sign says it's not too much further to the trail>, I said, looking back-- and paused just in time as I caught something out of the corner of my eye. "WHOA, IS THAT A--?"

It was, indeed a snake, less than a meter away, lying still enough to be dead. It looked awful familiar from an outdoor safety poster at one of my schools... 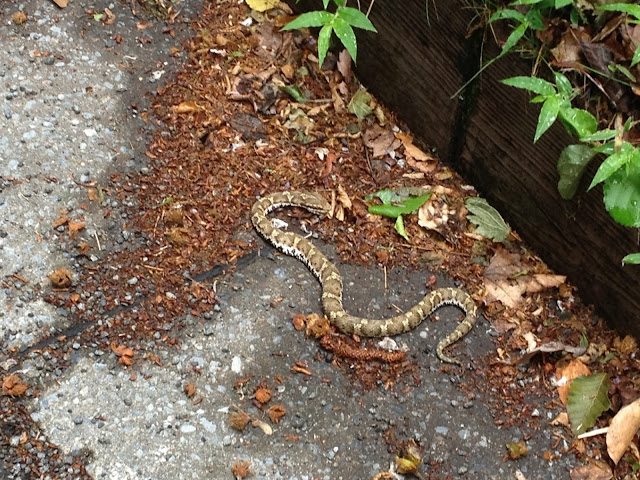 We skirted the snake and moved on, turning into the forest proper... and a short hike later:

Despite the name, I was still expecting Aoike ("Blue Pond") to be a little larger-- but it sure was as blue as advertised-- a shockingly bright azure. <No one knows why it's that color> said Fumie. <Has to be how clear the water is, I guess. There's fish in it, so probably it's not dissolved metal...>

We paused to take a photo on Fumie's iPhone.

We walked back to the car without further herpetological incident.

"Let's head up the coast a little further-- there's a really cool spot in a town up here somewhere", said Kenny.

We'd stopped next to a bus stop labeled "Ōiwa-mae" (In front of the Big Rock)-- and wouldn't you know it, there was indeed a big rock-- a craggy islet in a rock-bottomed bay with a conveniently paved path leading to it.

It wasn't just a path up to the rock, as it turned out-- the town had helpfully dynamited a set of loose, slippery stairs through the middle of the rock. 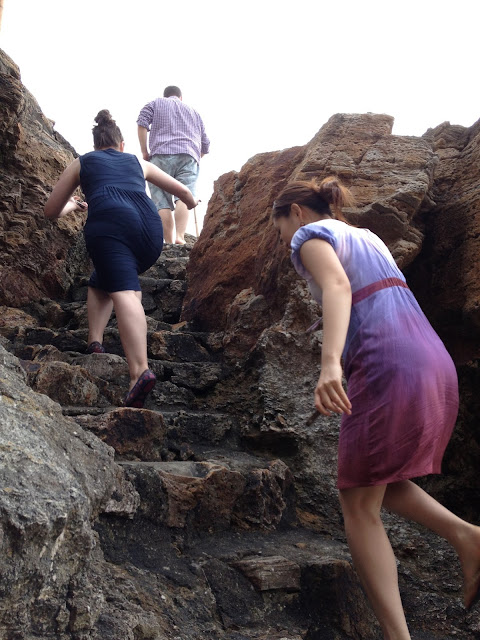 We reached the top of the rock with the beginnings of a lovely sunset developing over the sea-- and mother seagulls we'd accidentally flushed from their nests wheeling around our heads. We took our pictures...
... and headed homewards once again.

(2) It was what I thought it was-- the Japanese mamushi, one of two poisonous snakes in the archipelago.
Posted by -D at 10:28 AM