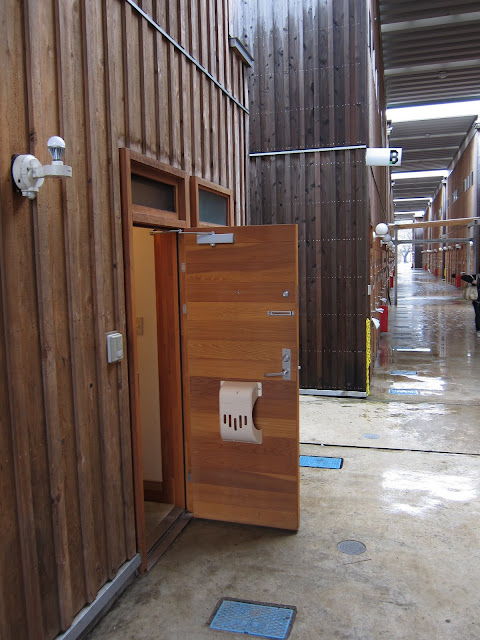 I remembered that some of you may want to see a tour of AIU itself. Luckily, I also remembered this afternoon that my camera takes video.


I'll see if I can get some time together and get some pictures and videos up of the rest of the campus, which is, generally speaking, defined by its insularity (the buildings are all close enough to be connected by a network of pedestrian overpasses, which I'm sure come in handy during the winters), and by its architectural variation, which is alternately beautiful (the better stuff reminds me of Louis Kahn) 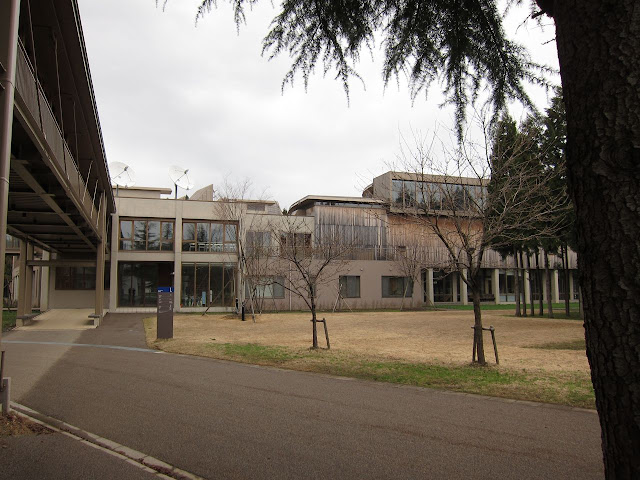 and pretty bleh, a standout here being Komachi Hall, the combined freshman dorm/cafeteria that's ironically named for one of Akita's most famous beauties (and a poet to boot). Whoever redid some of the academic buildings also decided to go with some perplexingly cheap materials (unsanded pressure-treated plywood, chipboard, exposed 2x4s, unsealed reinforced concrete) to do so. But what the heck, it's a welcome change from Flemish bond. More later.
Posted by -D at 8:49 AM