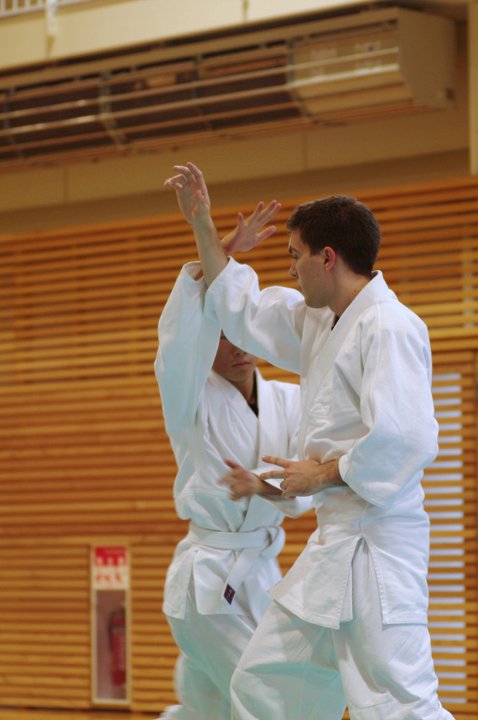 It is, of course, needless for me to rehash the Blogger's Lament as is customary-- my silence for the past week, I'm sure, speaks volumes about the irritating load of work that has prevented me from posting, blah blah blah. But rest assured that I am still alive despite reports, possibly erroneous, of a HUGE EARTHQUAKE around these parts in the American media (I apparently slept through the event as Akita was far enough removed from the epicenter to render it almost impalpable) and my teachers' best attempts to make me crazy, dead, or both, through overwork. In any case, there hasn't been nearly enough time to do justice to the most exciting event in the past two weeks, the Aikido Club's annual training meet <合宿, gasshuku>. Every year, Kobayashi-sensei, the club's instructor, brings his students up north to eat, drink, and train (not necessarily in that order)-- this year, we drove to the picturesque little town of Happo-cho,  located just where the picturesque forest of Shirakamisan-chi  meets the rocky Japan Sea coast. 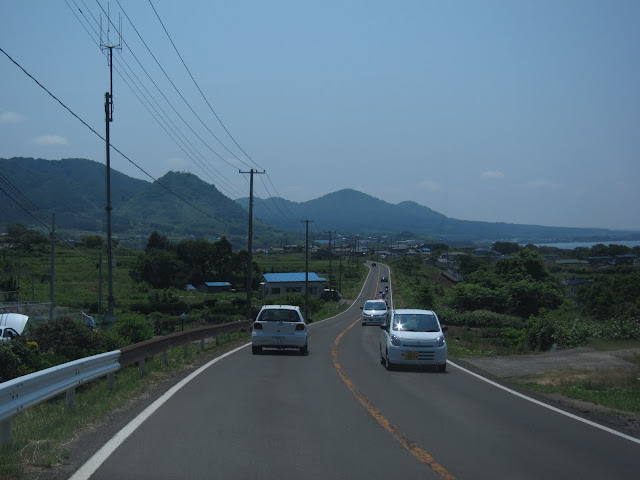 Our accommodations were surprisingly excellent-- spartan rooms at the Shirakami Retreat Center, which turned out to possess, among other things, an excellent view of the Japan Sea, an excellent onsen bath, as well as a spacious gym, of which we made good use. 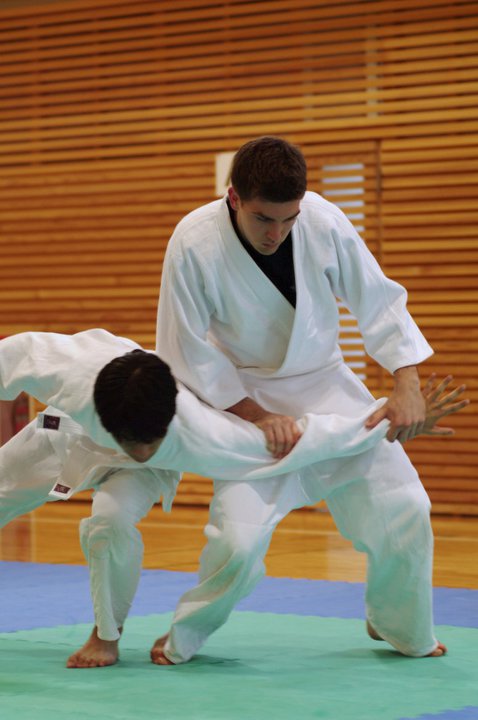 Dinner was served late-- a good thing, since it turned out to be one of the most elaborate meals I've eaten here so far-- an elaborate multi-course affair, joined by a few of Kobayashi-sensei's acquaintances from the area, during which, among other things, I was encouraged to eat whole raw shrimp, most of a largish whole-roasted flounder (I couldn't get through the liver and egg sac), several different pickled mountain vegetables, tuna and squid sashimi served with astringent burdock leaves, tiny deep-fried octopi, yakitori, konnyaku, vegetable tempura, miso soup, tofu-rice inari-zushi, a cold, creamy corn pudding, salad, and rice, refilling and being refilled on beer all the while, as is customary at formal dinner events. 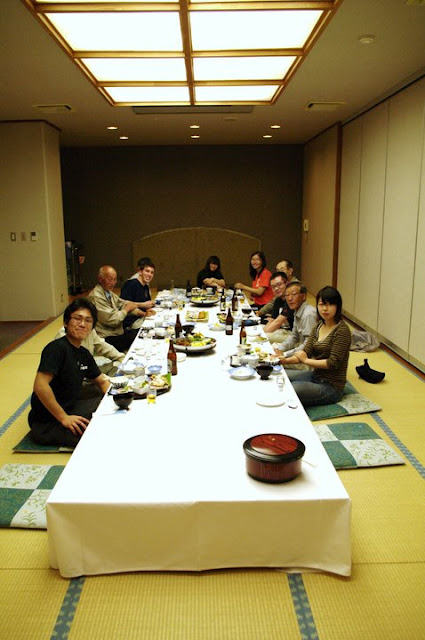 It was, to say the least, quite a spread. As a somewhat reluctant "I'll try-anything-once-tarian" by necessity (actual vegetarian options being so far as I can tell, bizarrely unthinkable to most all my hosts around these parts), I was somewhat surprised to see not a few of my meat-eating colleagues making obvious faces of disdain at a few of the items on offer.

Full somewhere beyond capacity and more than slightly buzzed, we bedded down at midnight, in order that we have enough sleep for what Kobayashi-sensei assured us would be the trying main event of the retreat-- weapon practice at a nearby shrine.
Posted by -D at 11:02 AM