Uh, yeah, that "back on schedule" thing doesn't seem to have worked out. Nobody likes a complaining blogger, but, as AIU slides towards Finals, I've been assigned a steadily increasing load of presentations, final papers, and tests, and to add insult to injury, my writing Saturdays have been converted to class days in order to compensate for the earthquake. Here's a video that was originally going to accompany my next update. This is footage from a small cottage-industry bamboo-shoot cannery run by an acquaintance of Kobayashi-sensei. It's not exactly the height of technology, as you see:


but the results were delicious, especially when dipped in a mixture of mayonnaise and miso, as in the video. 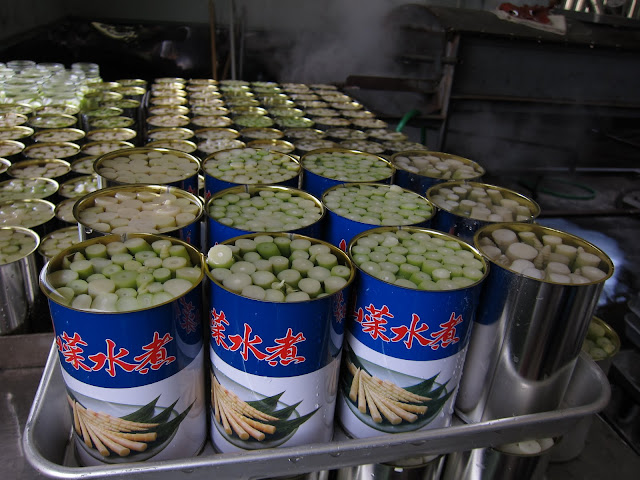 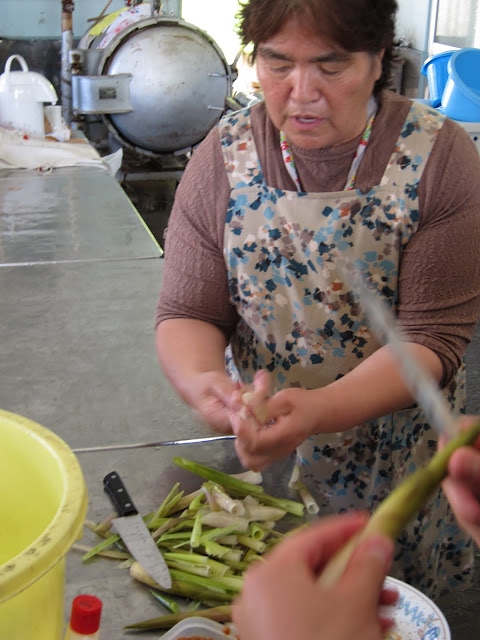 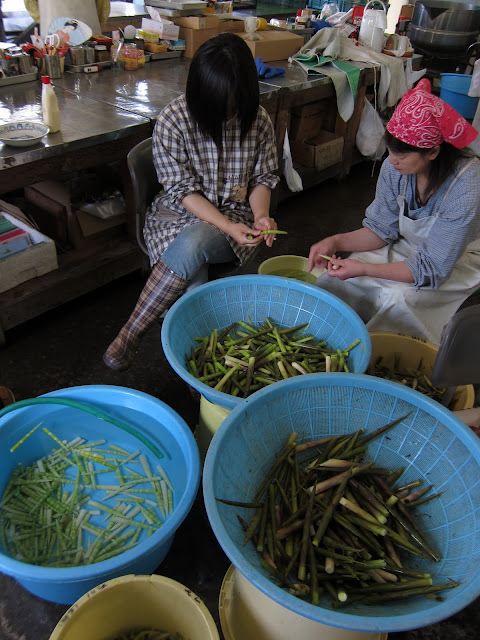 In any case, I've been a little too busy to post, and the Dolorous Stroke came two days ago, when I received the worst bug bite of my life. Yes, I know a bug bite--if only my immune system was so dismissive. As far as my mast cells are concerned, I'm at death's door. Whatever sank its fangs into me decided to go after both of my arms simultaneously, and injected some kind of Oriental Instant Death Essence that has engulfed both my forearms with painful, itchy blisters, and now appears to be triggering a generalized immune-system freakout across my entire body. Guess who forgot the Benadryl at home? That's right. Guess what's apparently illegal for sale without prescription in Japan? Oh yeah, baby!

Fortunately, Tylenol Cold's got a little bit of antihistamine onboard (makes you sleepy and cuts the hay-fever), so I loaded up on the cold meds and got a tip on a dermatologist's office from the school nurse, skipped classes and rode the bus out to a doctor's office on the outskirts of Goshono to have a crack at the second-to last piece of national infrastructure, (behind the prison system) that I'd been hoping to test while here.

By the way, let me note for the record that socialized medicine rules. Though the waiting room at the clinic, (a private surgery, like most, that accepts the national health insurance plan), was quite full, I was seen within 15 minutes by the dermatologist, an efficient, attentive woman in her early 40's. I was gratified when she let me have a crack at doing all of our business in Japanese, and pleasantly surprised when I actually managed to explain my symptoms and suss out a treatment plan together with her without resort to English. Count me glad also that the Japanese culture books were wrong again-- most of 'em claim, again with "culture" as their rationale, that Japan encourages its doctors to be imperious, condescending (to the point of not explaining medication regimens or even diagnoses as severe as cancer with their patients)  and fond of using largely superfluous injections as a form of semi-placebo intervention. It was not so-- but in the event I found myself sometime later in the mall at Goshono, a lot less itchy, but still in the mood for sweets-based self-medication.  How convenient that the food court had a fancy ice-cream joint:

It probably says something about how long I've been around here that mangled English has begun to fade into near imperceptibility-- so I'll admit I was pretty unperturbed by the store's name, "MARVELOUS CREAM". And then I looked a little closer, to the nicely-photographed collages of expensively-mashed ice-cream confections and saw...

I am pleased to report that my ice cream was not made with my own heart-- instead it was paddle-mixed, Dastardly-Mash style, by personnel trained, as it seemed, to narrate the proceedings with a professionally-calibrated degree of cutesy singsong patter, calling out each new ingredient added. In this way I learned that coffee-flavored Jell-O is an available mix-in here.