Exams came to an end on Thursday and the school organized a bit of a half-hearted farewell party the same evening-- a strangely poorly-attended affair, all things considered. Free to leave at will upon the completion of their exams, most all of my friends had already hit the road, posting scattershot goodbyes on their Facebooks. If I was worried about teary goodbyes, I needn't have-- there's something a bit weird about coming to breakfast, asking about So-and-So-san, and finding out they just hopped the last flight to Kyushu. But, then again, even if I'm leaving my new friends, I'm not quite done with Japan-- by the time this posts online tomorrow morning, I'll be on the southbound shinkansen for Tokyo, there to start the first leg of a 2 1/2 week vacation that will close the semester.

One group that hasn't yet left for home, though, are the AIU Kanto team, practitioners of one of Akita's more famous non-demon-related cultural events.  Soon after the end of the spring term, Akita City holds its annual harvest festival, its centerpiece a parade of massive bamboo poles hung with lanterns like a stalk of rice heavy with grain. These, each with a mass upwards of 50 kg, the marchers balance precariously on their arms, heads, and backs, chanting an invocation intended to bring about a good crop, accompanied by the skirling of flutes and the beating of taiko. Always keen on community participation, AIU fields its own team of drummers, pole-balancers, and flautists-- for weeks their practices, held in front of the municipal soccer stadium I visited in April have been audible  And, as rain loomed over the parking lot, we were treated to a smaller scale re-enactment of the festival: 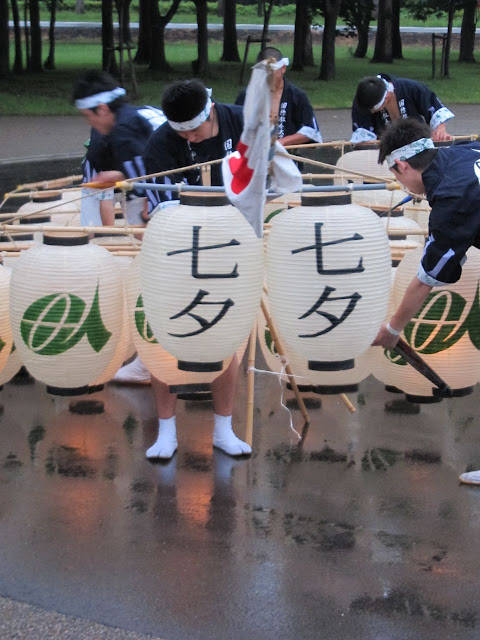 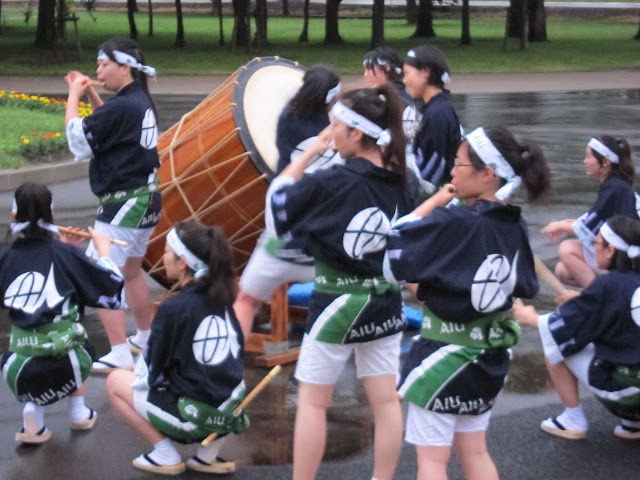 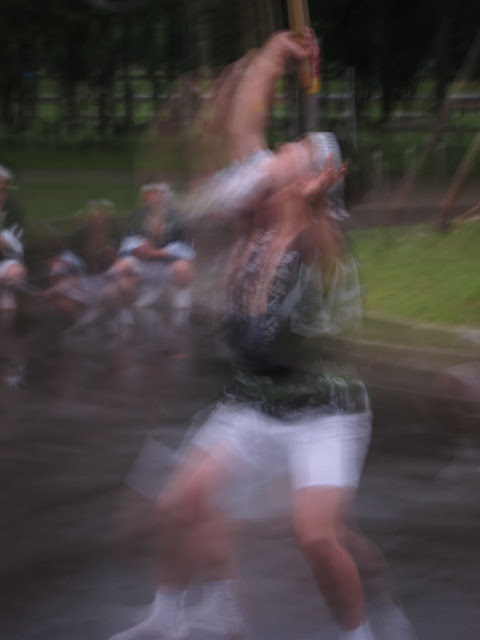 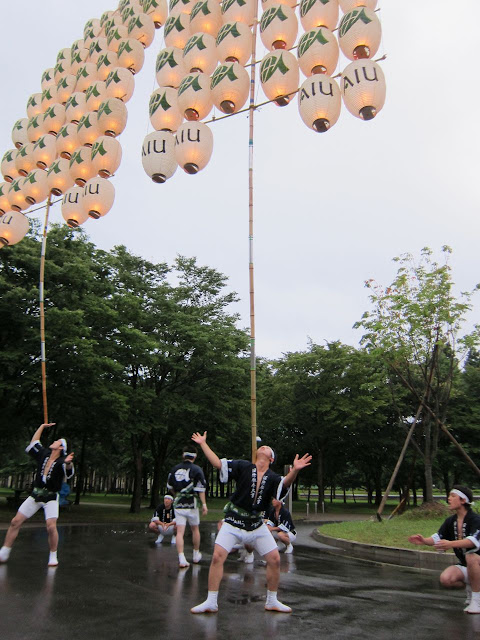 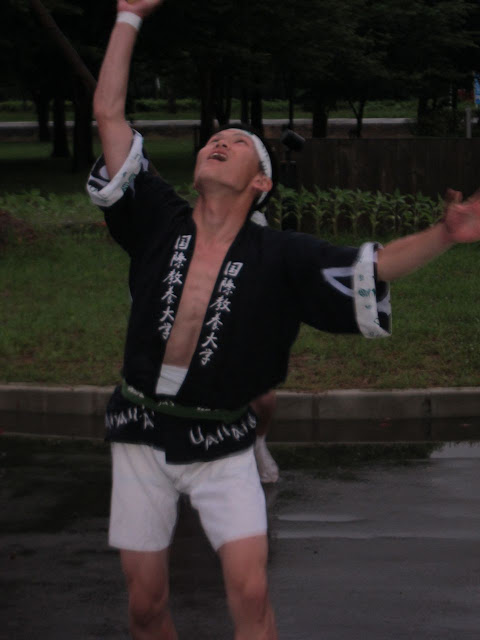 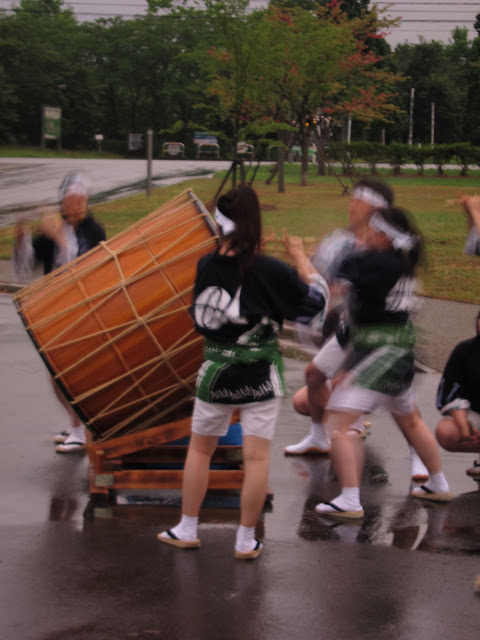 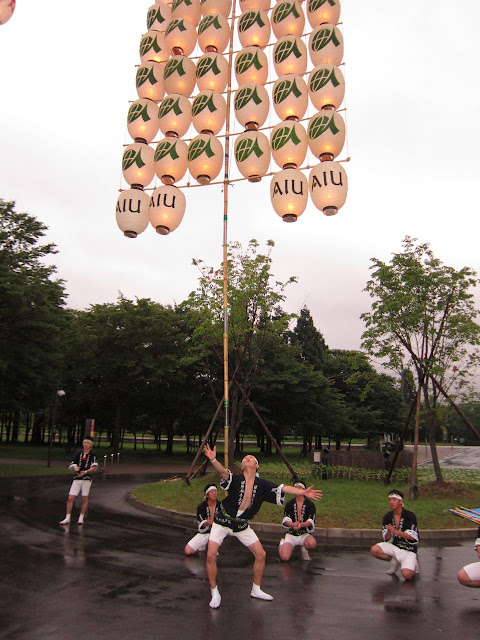 More later, assuming on-time arrival in Tokyo!
Posted by -D at 5:30 AM