With nothing to do on the last day before the start of class, I took a walk yesterday afternoon down to the prefectural sports center, across the street from AIU. Of apparent 70's vintage, the park turned out to be huge-- given an athlete's village, they could have hosted most of an Olympic Games in the place. I passed dozens of tennis courts, a huge indoor stadium, two baseball diamonds, a track-field, an archery range, a javelin and field-events practice area, and passed up the velodrome, the rugby field, and the playground.

As it stood, I made about a 1.5 mile circuit, passing on my way the sites of half a dozen youth sports events, apparently all scheduled for Easter. In the indoor arena, I paused to watch a soccer tourney for 5th-grade boys, all of whom seemed to have been coached and trained on the semi-pro level (laser-aimed passes and sneaky strategic plays were the order of the day; even their 3rd-grade little sisters, presumably on after the guys' team game, were juggling balls on the sidelines with practiced ease). Further down the path, a raucous group of high-schoolers were in the midst of a doubles soft-tennis tournament, (a spinnier, sneakier game, the Japanese alternate-universe version of tennis, played with a longer racquet and a rubber ball of variable liveliness to allow for more squash-like play.) 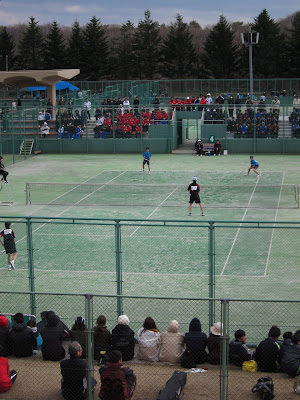 Past the basketball arena, I was waylaid by a crew of middle-schoolers, who interrupted their lunch to try their English on me.

Peanut Gallery: <Whoa, he's good! Where are you from?>

Me: <You know Virginia, in America?>

Me: <Yep, towards the middle of the east side.>

Kid 4: <Nah, but he's sweet on one of the girls on the basketball team. That's why we're all out here.>

Peanut Gallery: <He already answered that one, dude!>


I crossed the frisbee-golf course in order to take the nature trail back to the University, a mossy path whose sylvan atmosphere was marred only slightly by a sign warning that suzume-bachi, Japanese giant sparrow-hornets, might be in the area ("If you find a nest, please, under no circumstances approach it. Back away slowly and quietly").

Apparently the sign was present only out of abundance of care-- I saw nothing beyond flowers on my way back home to make ready for the first day of classes. 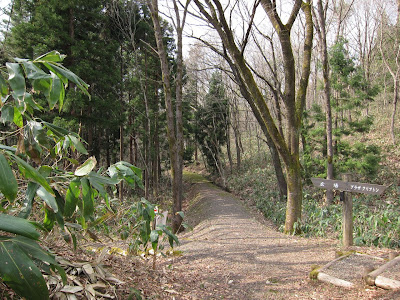 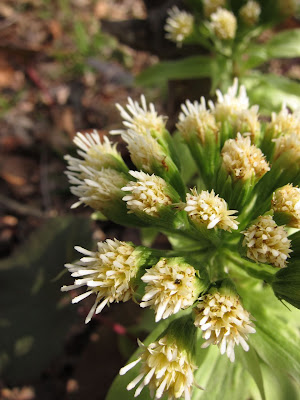 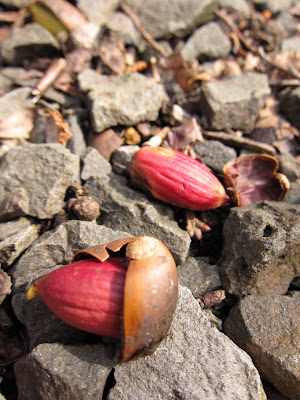