I've often heard (and seen repeated in Japanese grammar books), that, more than in other cultures, blithely content-free conversations about the weather are a linchpin of social interaction in Japanese society, forming a convenient bridge to other, more personally meaningful topics without the risk attendant in, say, jumping straight to complaining about the latest Diet elections before ascertaining the appropriate attitude to take. Like most supposed conventional wisdom about Japanese society, as far as I can tell, this is around 60% nonsense-- at least here in Akita, where the weather really is something to talk about.

The resources I'd read about Akita before leaving made clear that, deep as it is in the northern "Snow Country", the prefecture experienced an annual snowfall measured in the meters. Warm, moist air off the sea of Japan runs into the Siberian jetstream and dumps moisture on the mountainsides of Honshu year round, and when the the temperature rises above freezing around the end of March, the Akitan weather switches modes with the coming of spring from "Twice the Snow of Toronto" to "Seattle on Crack". Somehow, of course, I managed to learn this fact without really processing its implications-- these being of course, that since my arrival, it has probably rained 40cm. There have been no sunny days here so far-- only bright (sometimes even slightly sunny) interludes between soggy drizzle-fests. It's not even the nice kind of warm rain that feels like a kiss on the cheek-- it's a vile, chilly spray mixed with extra-large, freezing drips the size of buckshot.

All of which is to say that my mood has been a little weird of late, an unaccountable rumble of-- if not obviously depression or culture shock-- then something, only present when I'm by myself, and staring at the clouds.

Fortunately, I have better things to do than look up at the sky and feel confused and sorry for myself around here, among them trips to Akita City's local shopping district, which is for the foreign visitor a heady mix of familiar and unexpected images of Japan.

As the largest city in miles, Akita naturally features a colossal mall, Aeon, named presumably for the fact that it would take a short lifetime to explore it in detail. While no match in sheer floorspace to the Mall of America, Aeon makes up for horizontal sprawl in vertical extent and labyrinthine complexity-- the complex has probably 8 floors in total, with narrow halls, a nearly indecipherable (at least to this poor foreigner) floorplan, and, at present, a troglodytic lighting scheme, a nod to the ongoing "Save Tohoku" power-saving campaign. It does, however, have around 25 restaurants, (including 4 adjacent, competing noodle-shops), the expected multitude of fashion shops, and, best of all, an outpost of Mujirushi Ryouhin, the anti-brand life-goods store empire that may yet be the last outpost of "good design" in the old "affordable, well-thought-out goods for the masses will sell themselves" sense. That they seem to be one of the only retail concerns to take this blessed idea seriously and survive for any length of time is perhaps due to the fact that the Muji shopping experience is defined not only by the  weirdly cleansing, neo-Bauhaus aesthetic of the goods on sale, but also by the pleasingly attentive yet unobtrusive attentions of a store staff trained visibly to a superhuman peak of obsequity. I bought a bath towel, a pencil eraser, and a ballpoint pen, and left feeling weirdly consummated by the experience, my goods packed in brown paper envelopes of faintly indecent smoothness. It was all very Tokyo.

A more typical retail experience for Akita would seem to be the nearby AMANO Supercenter, a short walk away from Aeon, and, down to the scent of fertilizer, lacquer-thinner, vinyl, and fishbait, every inch the equivalent of your average Tractor Supply, down to a fabulously blingy custom truck in the parking lot.

I've signed up to take part in a few AIU-organized clean-up trips to quake-stricken areas, and so I came looking for a boiler suit and waterproof gloves. I was not disappointed, although it was a job trying to find work-clothes that weren't either too small, or emblazoned with ridiculously mangled 'English' words and phrases. Best of all were the baseball caps. I leave you with the best of the bunch: 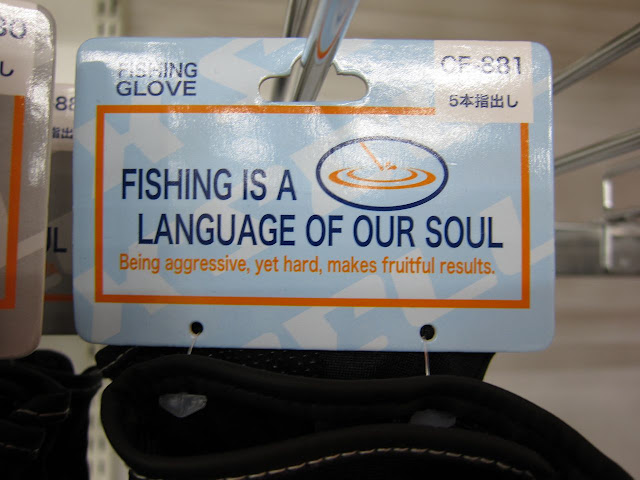 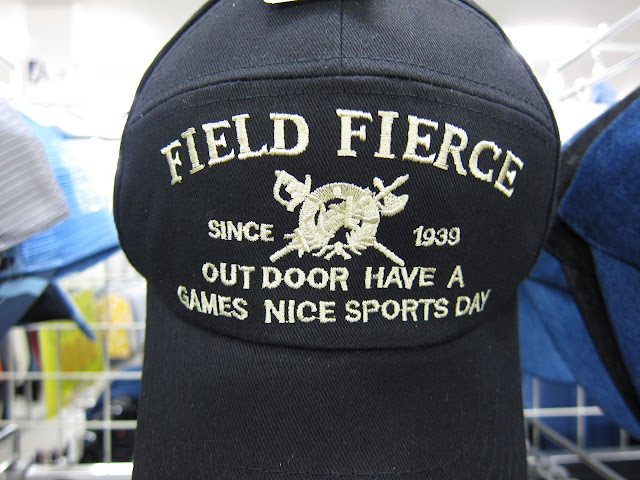 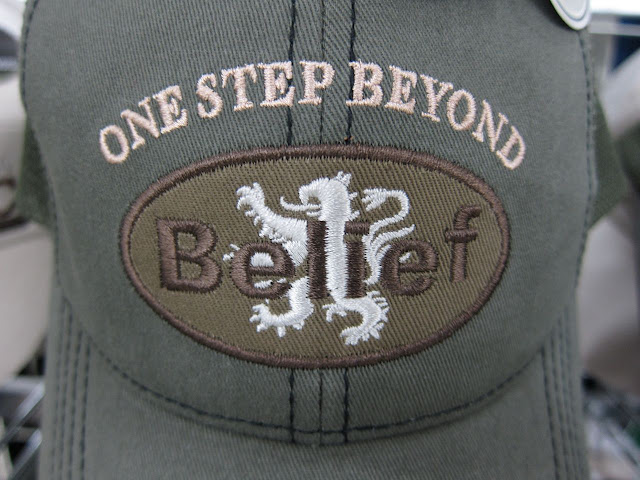 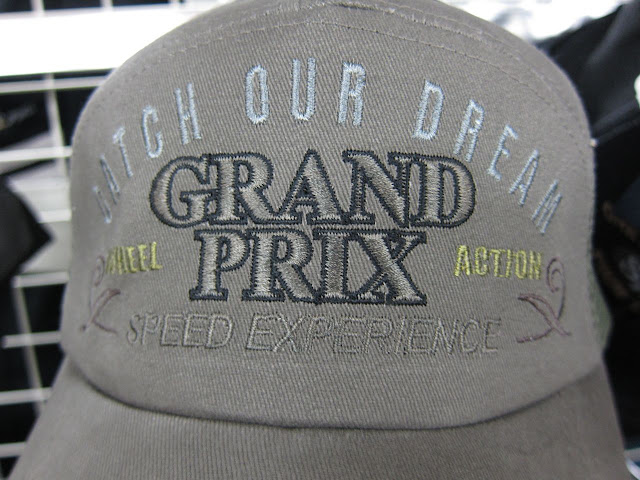 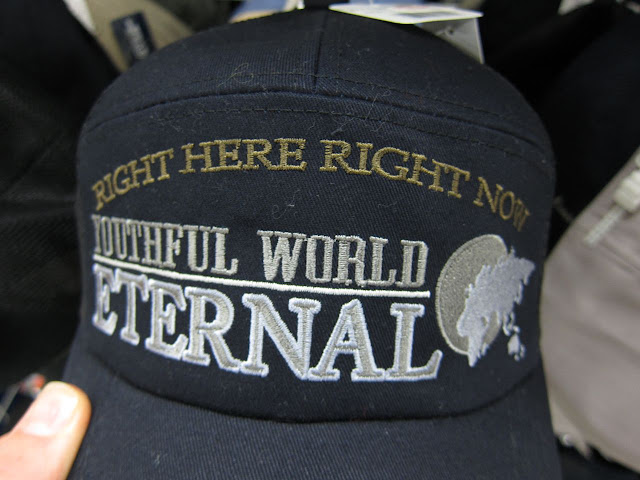