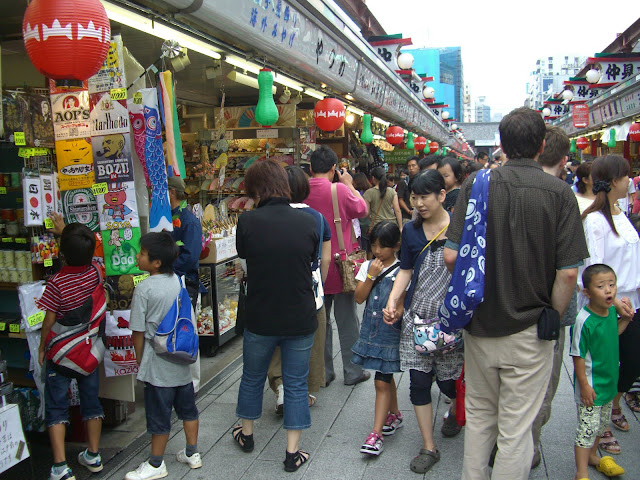 Tokyo comes on strong-- never stronger than when the floor starts shaking at three in the morning. The earthquake turned out to be another non-event, and I got to play the expert by guessing a magnitude (3) before hitting the TV to check the urgent update from NHK. (I turned out to be right, pleasingly.)

As a kind of capstone to the 'Japan experience', Mom, Dad, and Gregory have joined me in Tokyo for the beginnings of a vacation, scheduled to take us from Tokyo to Osaka by a circuitous route over the next several weeks, with me as amateur translator and guide.

For my part, I feel weirdly as if I've ended up in another Japan entirely-- my traveling companions attract a very different type of attention than I did while alone and the change in atmosphere between Tokyo and Akita is shocking. Amazingly, the feeling is less of sticking out, as I did in Akita, than it is of being studiously ignored as if one were a mild but not uncommon annoyance.  I'm sure I preferred the former-- at the very least, it triggered some memorable conversations with passerby. And the intestinal complexity of Tokyo's organic maze of streets, subways, and commuter lines of various has fallen in large part to me, a navigator less of the school of Magellan than of Google Maps, to navigate, at some cost to my sanity. It seems clear that, in the final analysis, I'm just not a city mouse.

That being said, the sheer scope and variety of this place is amazing. It's not uncommon for cities to have distinctive districts, but Tokyo seems to change character within the space of blocks. I'm not the first commentator to note that the place is less a metropolis than a series of villages, but the observation is apt. Walk a mile in any direction from our hotel, on the edge of Ueno Park, and you'll run into any one of half-a-dozen zones, each with its own, distinctive atmosphere. Each feels like a place, a destination-- and crossing between so many, as we did today, winding between Senso-ji in Asakusa to the gates of the Imperial Palace, produces a sensation of constant contrast that makes Tokyo feel somehow improbably more massive than it is. And that, it must be admitted, has its own charm. More later.
Posted by -D at 9:32 AM